Obama’s Second Term: What Does It Mean for Employers and the Workplace? 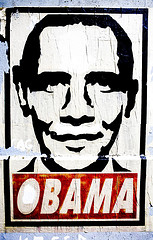 The 2012 presidential election is now over (despite Florida still counting votes) and Obama has won a second term. Now, that the election is over, what can employers expect in the next four years with regard to human resources and employment law?

President Obama will continue to control appointments to agencies such as the Department of Labor, the Equal Employment Opportunity Commission, the National Labor Relations Board and others. Therefore, expect that the Obama administration will continue to interpret laws and regulations that protect employees very broadly and enforce them aggressively.

Here are some of the issues that we are watching:

The bottom line is that President Obama and the federal agencies responsible for enforcing the nation’s workplace laws will continue to pursue pro-employee initiatives.