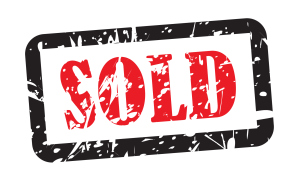 For all corporations, the characteristics of ownership are key. However, it’s more than just the investment dollars that are crucial for a company’s success; the characteristics of an owner are often more important than the money. For an entrepreneurial, high growth company, having investors who are willing to support them when times are tough (i.e., put more money in when your money runs out) and go the distance (i.e., put more money in when your money runs out) is essential. For more stable companies, finding investors who support the company, can provide advice on growth, and can help make introductions to key people is essential. For some companies, such as medical, accounting and legal firms, having the right partner is not only the key to success, but a regulated necessity.

As a matter of default under most business entity codes, including the Alabama Corporate Code and to an extent the Alabama Limited Liability Act, the ownership of shares is freely transferrable. In other words, if you just incorporate and you have multiple owners, one of the owners can sell his, her, or its shares without notice to a third party. This third party could be another close friend, a delinquent fraternity brother from the past, or a trial attorney who specializes in corporate fraud. Generally speaking, random sales of stock in closely held corporations end badly. As a consequence, you need to have an agreement among owners about who can own the shares and under what conditions. For corporations, these agreements are called shareholder agreements or buy/sell provisions. In an LLC, the buy/sell provisions are usually found in the LLC operating agreement.1

So why not just have a blanket prohibition against transferring? Fair question, but this is one of those areas where pesky law gets in the way. Shares of stock are a property right under the law. One advantage of being property is that the owner of the property has the right to sell the property. If you cannot sell property, do you really own it? That theme, also known as restrictions on alienability2, prevents agreements from carte blanche restrictions on ownership.

In order to prevent this dynamic, companies will incorporate a right of first refusal into their buy/sell agreement. Typically, these provisions require someone who has an offer from another person to tell the company and then the other shareholders that there is an offer and then give both of those constituencies the right to purchase the shares at the same value as the third party offer. Effectively, the corporation is controlling its ownership, or at least having the option to control its ownership, by providing this notice and option period. What is the net effect of these provisions? Based on my experience, it is an effective deterrent. Either there is a new party who is going to become a shareholder because it has been prearranged with the other shareholders, or the other shareholders step in and buy that person out.3 I have never seen a buy/sell actually taken all the way to fruition.

Buy/Sells typically (and rightfully) do more than that. In addition to the right of first refusal for third party offerings, a buy/sell should have provisions that give the company the option (or perhaps the obligation) of purchasing the equity of an owner in certain events, such as death, bankruptcy, loss of shares in a divorce, and disability of that owner. These events are typically bad events and involve the shares of the company falling into the hands of someone other than the original owner. Companies will want to control this as well and need to have the agreement in place in order to be able to get their shares back if they are in the hands of someone other than the original owner.

Another event, which is a little more problematic, is when a person leaves the employment of the company. Usually this is included as an option to repurchase the shares, and in most events, this is probably the right answer. A company who has employee shareholders needs to reallocate the shares in the event that someone is leaving. However, because the valuation mechanism is usually set low in the event of a death, disability, divorce, bankruptcy, etc., this provision can be problematic because it does not provide enough value to the shareholders. Nonetheless, companies usually need this ability to retain their equity.

One final word about valuation, which probably is an article unto itself: When you have a buy/sell, you need to set a purchase price mechanism in order to set the price of the buy out. There are several mechanisms (agree to a price and then go to an appraisal, formula (book value or multiple of EBITA), board sets price, etc.). Companies spend a lot of time and effort sorting through this. First, as you work through this, remember that this is a price for the buy/sell and controlling ownership prior to a change of control. If a purchaser came along, then it is not indicative of the price at which you would sell the shares to a third party. Second, do not sweat the mechanism too much. Frankly this is something that develops over the course of time. Employee owners will naturally know what their shares are worth, and assuming everyone is still on the same page, can work through valuation over time. My advice is to pick a simple mechanism at first, such as book value, and then monitor it over the years.

1 — As an aside and as a note to drafters of LLC operating agreements, this is where operating agreements often fall woefully short. Because of the complexity, these transfer provisions are an afterthought, deeply buried and intertwined with other provisions. Additionally, the concept of Membership Cessation should be taken out and shot. (But that is just one man’s opinion.)

2 — This use of alienability has nothing to do with immigration or extra terrestrials.

3 — The third option, which presents the most problems, is when shareholders disregard the buy/sell provisions. The end result of this is either a lawsuit or a bizarre attempt to unwind what ha